Although the beginning of the night was not very promising, the sky being almost overcast, I managed to take a few pictures of the northern light this night.

The sky started to clear up around 23:45 and some activity could be guessed behind the clouds. 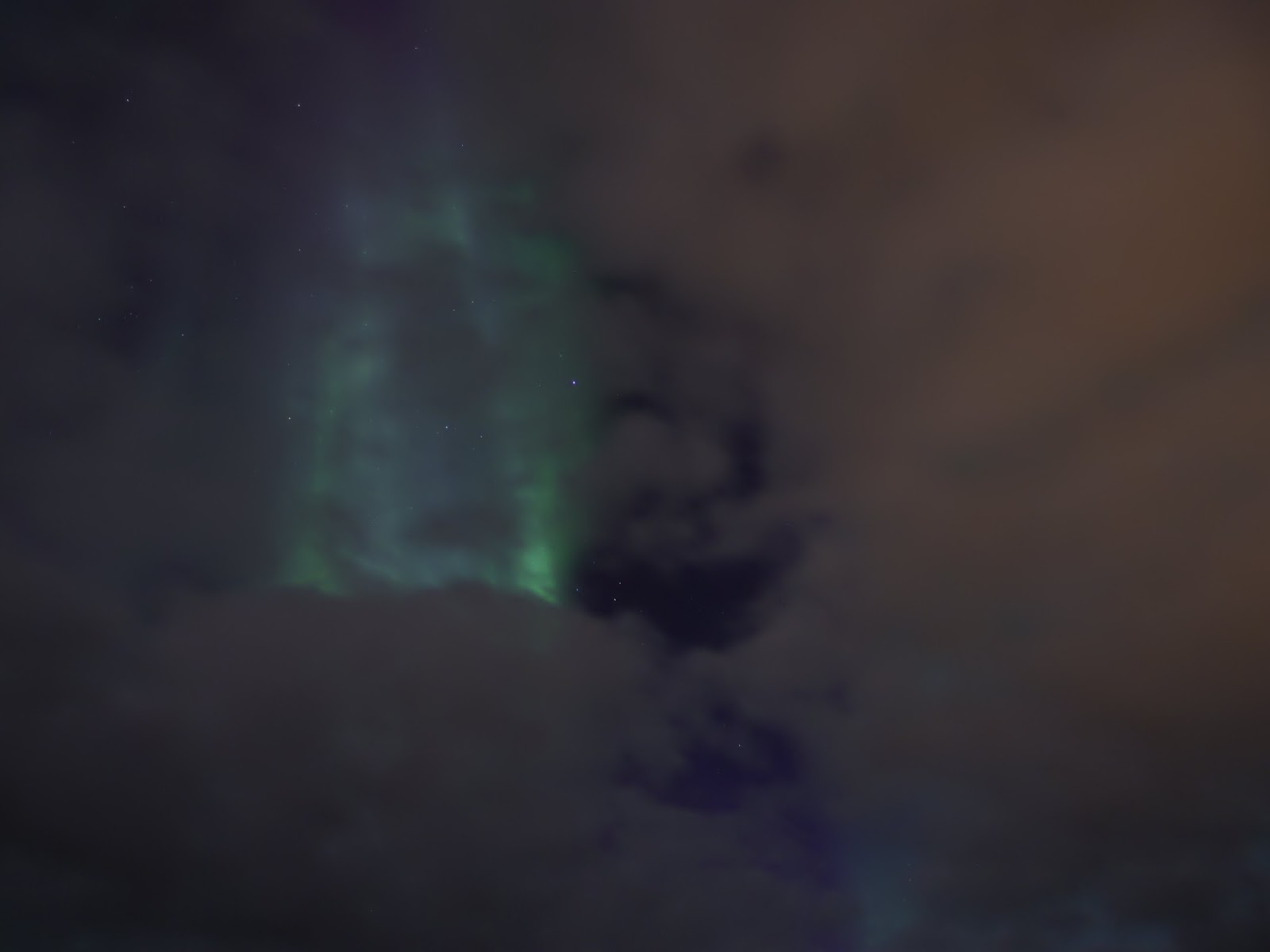 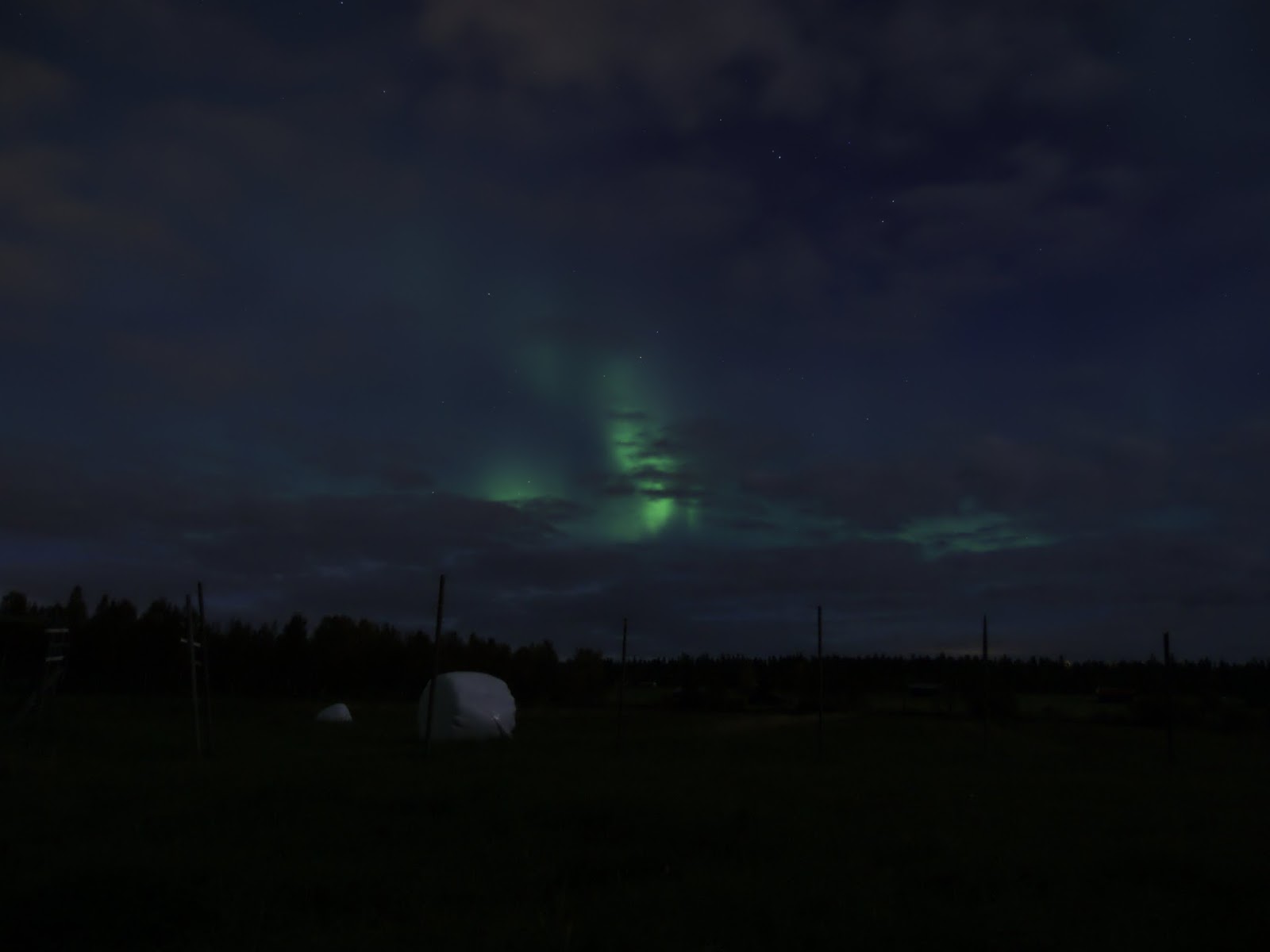 As the last clouds were drifting from the western horizon towards Sodankylä, a diffuse aurora appeared in the south. 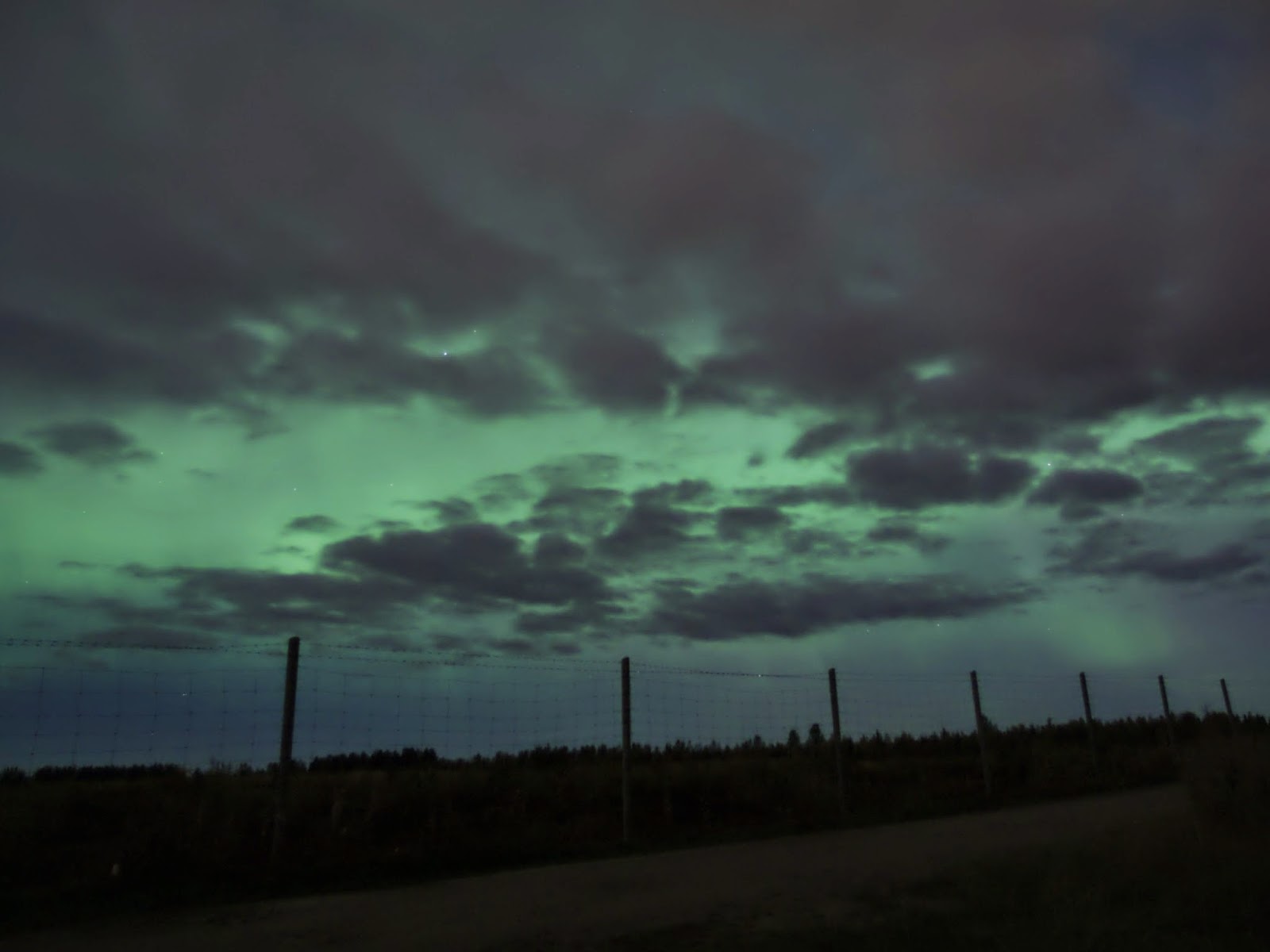 Around 1:15, a proper arc finally showed up, offering gorgeous displays of green and purple. 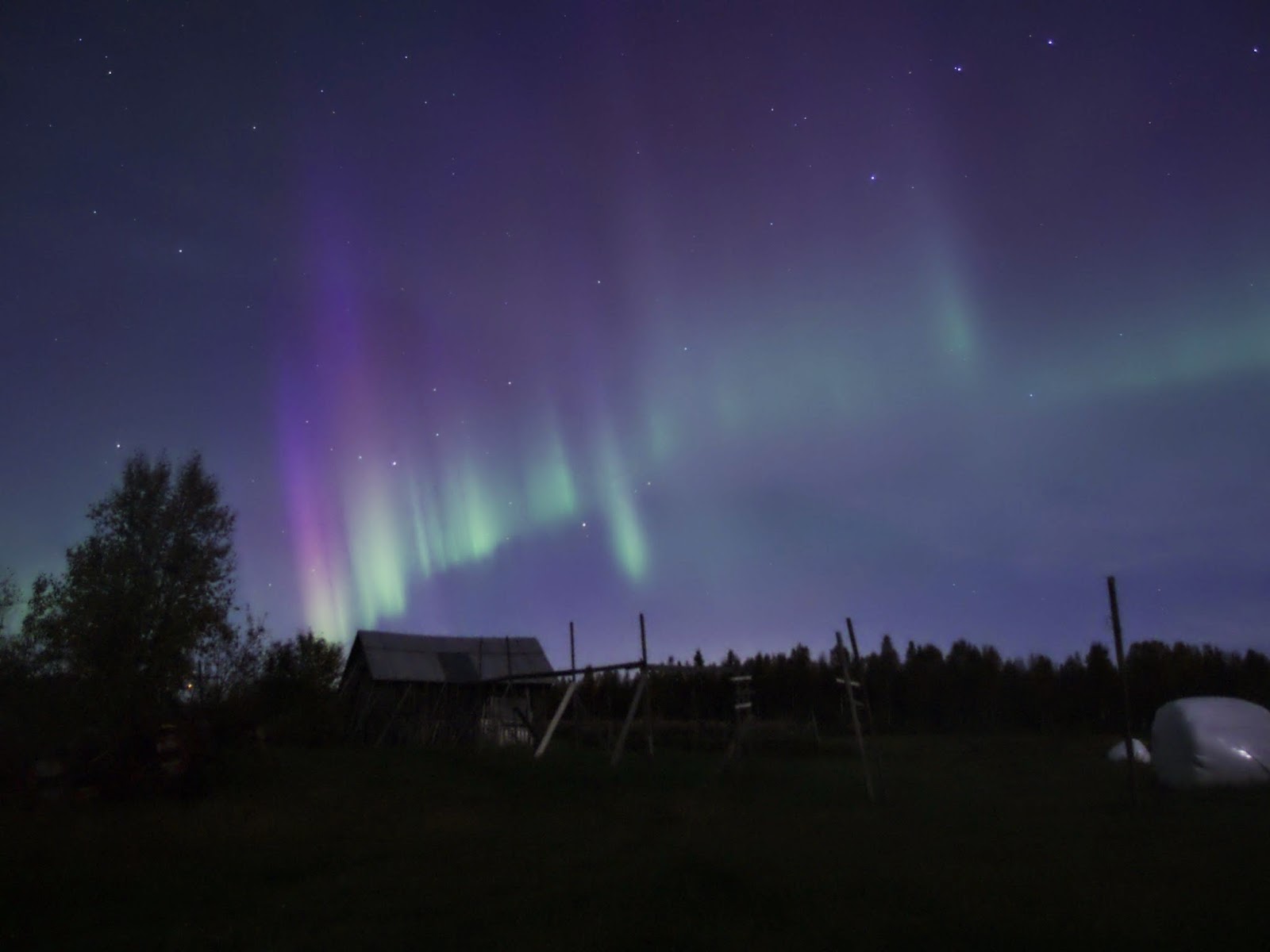 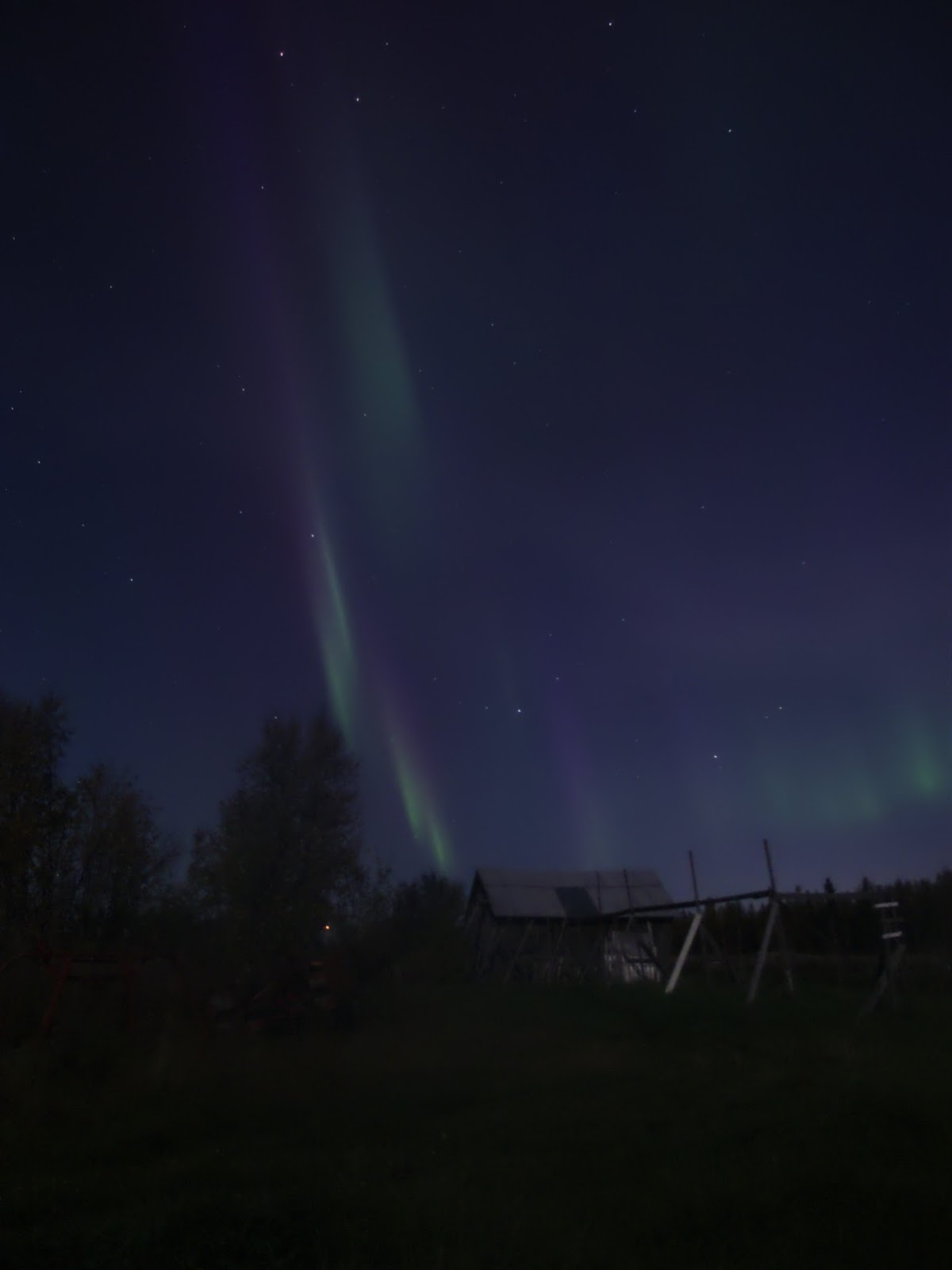 A few minutes later, a quite active arc appeared in the north. Unfortunately, it lasted only for a couple of minutes. Slightly tired and feeling cold, I decided to stop hunting a bit after 2:00. Finally, this night's displays were not as impressive as I had hoped, but they were still worth staying up to enjoy them.
Posted by Unknown at 03:10