Last week, the 11th European Space Weather Week was organised in Liège and gathered together more than 400 scientists and engineers working on developing and improving the forecast of geomagnetic disturbances due to the solar activity.

On Monday morning, a visit of CSL (Centre Spatial de Liège) was organised, mixing presentations about the past, ongoing and planned projects in which CSL is involved and a visit of the test facilities – one of the four ESA testing centres. 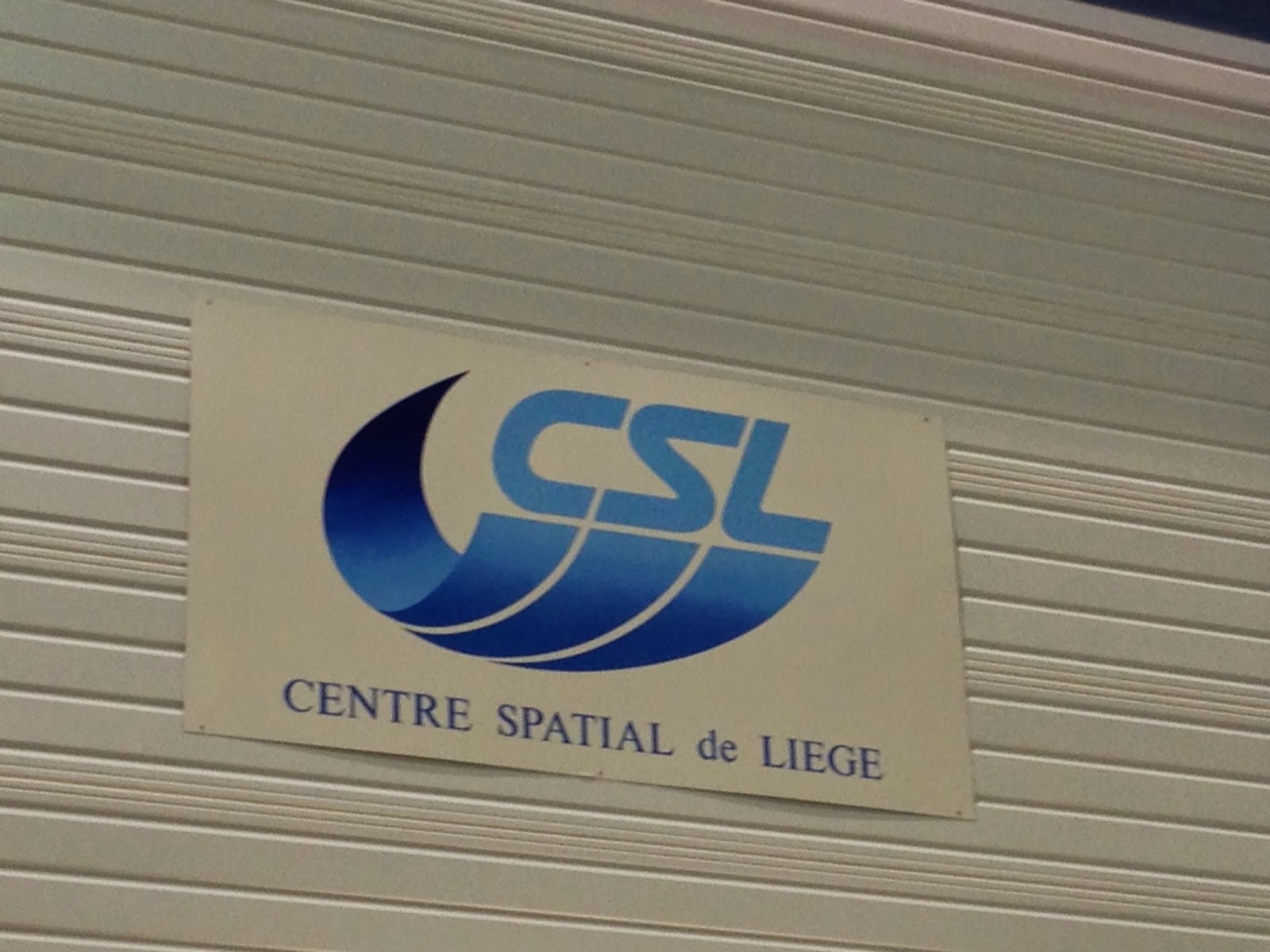 The test centre has had very renowned guests, such as Planck and Herschel (the probes), the SWAP instrument (Sun Watcher using Active Pixel System Detector and Image processing) or the Heliospheric Imager instrument of the STEREO satellites.

Different kinds of testing can be performed at CSL: thermal vacuum testing, mechanical testing and even cryogenic tests.

The testing facilities verify class 10,000 norms (i.e. less than 10,000 particules per cubic foot), and if needed an inner chamber can be cleaned down to class 100. This is why the visitors of the test centre need to wear overshoes, lab coats and caps to enter the cleanroom.

At CSL, for instance, the HI instrument of STEREO underwent the thermal vacuum and vibrational testings, while Herschel was brought to CSL for its cryo vibrational qualification. Perhaps the most impressive test which has been performed at CSL so far is the one consisting in maintaining the cold point of Planck at about 0.1 K for two weeks. During summer 2008, the coldest point of the known universe was certainly in Liège...

This visit was extremely thrilling and it was great to hear of the technological feats which can be achieved in such facilities. Looking forward to seeing what new ambitious missions will be designed, assembled and tested there in the coming years!
Posted by Unknown at 10:50 No comments:

On December 9, 2009, I was in the right place at the wrong time, i.e., about to start my radar experiment at the EISCAT control room.  People started to call me repeatedly "how did you do that?!"

A huge spiral shaped light phenomenon had appeared in the eastern sky of Tromsø, clearly visible to a naked eye.

Holy s***t! Is that a distant galaxy seen through a worm hole or what?!

The event lasted for a few minutes and people were able to take photos and even video footage on it, posted promptly to the YouTube among other media.

Since this was observed mainly in Tromsø, some people thought it was an EISCAT experiment. They found my name & contact info from the EISCAT website --- and started to email me. A lot. If you google "Antti Kero + spiral", you might find some quite dodgy conspiracy websites...

It turned out, however, that the spiral didn't actually take place in Norway at all, but above Kola Peninsula, Russia. The spiral itself was caused by exhaust gasses of a failed Russian "Bulava" test missile precessing like a garden hose. The gas trail was illuminated by the sunrise, making the spiral nicely visible against the dawn skies of Northern Norway.

According to a recent paper by Alexander Kozlovsky (SGO) et al., the Bulava explosion fragments were, in fact, detected by SGO ionosonde and meteor radar ~2 hours later, please have a look:

Kozlovsky reports: "The Russian military Bulava missile is a three-stage solid propellant 36-tonnes ballistic rocket. On December 9, 2009 a test launch was performed from a submarine located in the White Sea. Because of a technical problem with the second stage, the missile was self-destroyed near 200 km altitude over the Kola Peninsula (north-west of Russia) soon after the launch. It happened at about 07 UT, which corresponds to sunrise. Illuminated by the Sun the combustion products of the fragments of the rocket formed a spiral, which was observed on the dawn sky in northern Norway."

Along this week, we have the annual Finnish EISCAT radar measurement campaign. You can follow the schedule (Finnish experiments denoted as "FI") and the real-time data analysis on-line. Today we conducted a simultaneous space-weather measurement with 22 Finnish High School students visiting the Arecibo radar in --- ayayayayayaaaaaaaa--- Puerto Rico!

I flew back to Finland in the weekend and now back at SGO office. On the contrary to the lush Bahir Dar, in Sodankylä it's winter and 'Grey17'. However, fortunately no slush :) !

Altogether, it was four weeks at the physics and math departments of Bahir Dar University. In addition, before travelling to BDU, I was one week at La Sapienza in Rome, Italy. So, five weeks abroad.

To conclude the science and education done at BDU: We have the BDU riometer running. We did give a series of lectures with Antti. We had good progress in our paper writing sessions with the local people. Hence, quite a nice visit. In addition, it was good to see the Boston College and Bahir Dar University coherent backscatter radar construction. Supposedly, we can also run some of our own tests with this radar, but this has to be further discussed with radar owners. As the radar has a solid-state transmitter, we should be able to run perfect-coded experiments. For the theory of perfect-coding techniques, see our series of papers in Inverse Problems and Imaging:
Thank you for all the folks at BDU and hope to come back soon again :) !!

... and here we feature some photos of the BC/BDU radar construction!


Upon arrival at Tähtelä, Sodankylä, as a novice student of natural sciences I could not see what kind of father figure I met when I very first time shook hands with Johannes Kultima at the observatory.  I was advised beforehand that I might also find Uula in him, a colourful and original person.

Actually Uula always took newly arriving young scientists under his wings and taught them that you can’t compromise on the quality of scientific work: observations need to be properly prepared and carefully executed because every observation of nature is unique. He was a true Observer of the Stars: an astronomer by education, who honed, with his own hands, the 1-metre telescope lens at Tuorla observatory, Turku. After he came to Sodankylä he carried out with great care the observation of Earth's polar motion during every cloudless night using a zenith telescope. He missed only two clear nights during 15 years of observations.

Basic geomagnetic observatory data, by themselves, rarely bring out new scientific results and publications, but they offer high-quality, validated observations for the global scientific community. Uula’s observations are unique measurements of nature at the time, and as such they stand as invaluable material for researchers.

Uula was a team spirit builder. Without him, we would not go to pick berries in autumn, have a play about the history of science or have a snow football game. He liked pupils and had a talent to awaken the curiosity of children about phenomena of nature. He arranged for observatory scientists to tour the schools of Lapland and tell facts about the northern lights and space research. He also came up with the idea of courses on these topics to be taught at the local upper secondary school. Uula was very interested in history and wrote popular articles, among others, about the stories of the Sami night sky and Star of Bethlehem.

Often Uula solved practical problems with finesse – and humour. Without him many things would have remained unresolved, like transport across 40 km of wilderness to the remote cabin of Porojärvi for a couple of weeks of scientific measurements. There, in the middle of nowhere, far from other people, he took care of matters in his own, unique calmness, and we couldn't have been there without him. During those measurement campaigns we learnt that when Uula sleeps, all is well!

Even after retirement he still proofed texts, digitised his old polar motion observations and visited kindergartens to tell about space. After having taught the art of magnetic measurements to the next generation, he loved to join measurement trips to the various magnetometer stations just to lend a hand even until October 2014.
Now Uula is sleeping. We are not quite sure if all is well. The Observer of the Stars left for his last journey unexpectedly, and too soon. We will continue his work reminiscing his teachings, which remain as fond and vivid memories.

Esa Turunen and the Staff of Sodankylä Geophysical Observatory

Last week, during the CHAMOS workshop in Luosto, we climbed on the top of the Luostotunturi (514 m), and we reached the summit a few minutes before sunset (i.e. around 3pm). As the sky was clear and the horizon low enough, I tried to take pictures of the sunset, in the hope to catch the green flash. 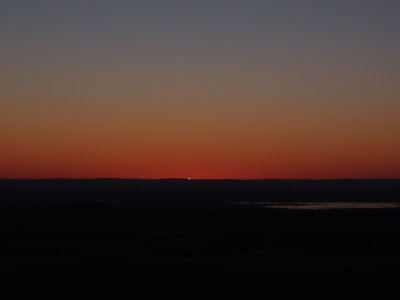 Well, I have to admit that my camera's zooming capacities are not among its best properties. But still, if we have a closer look at the pixels corresponding to the solar limb... 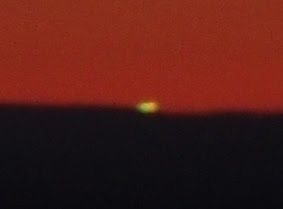 There is definitely some green! The good thing is that I had never achieved this before. The bad thing is that now I want to buy a new camera to get better results...

EDIT: The same story in French (with bonus pictures) here.
Posted by Unknown at 09:00 No comments: 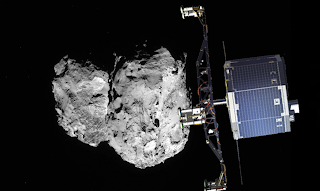 Email ThisBlogThis!Share to TwitterShare to FacebookShare to Pinterest
Labels: suomeksi

The Boston College & Bahir Dar University radar construction is running according to the schedule. Yesterday, I took this short hyperlapse film from the 'antenna plant'. I'll post antenna field pictures before I head back to the Observatory (departure Friday evening).

I am still in Bahir Dar, visiting BDU physics and math departments. Today, our US colleagues (from Boston College and Burns Industries Inc.) arrived and started the VHF coherent backscatter radar build. This radar will operate at 49.9 MHz, 16 kW solid-state transmitter. The system will have 64 antennas. The sampling is based on a number of USRP X300-series boxes. Hence, today we feature photos from the Day 1 BDU radar build! 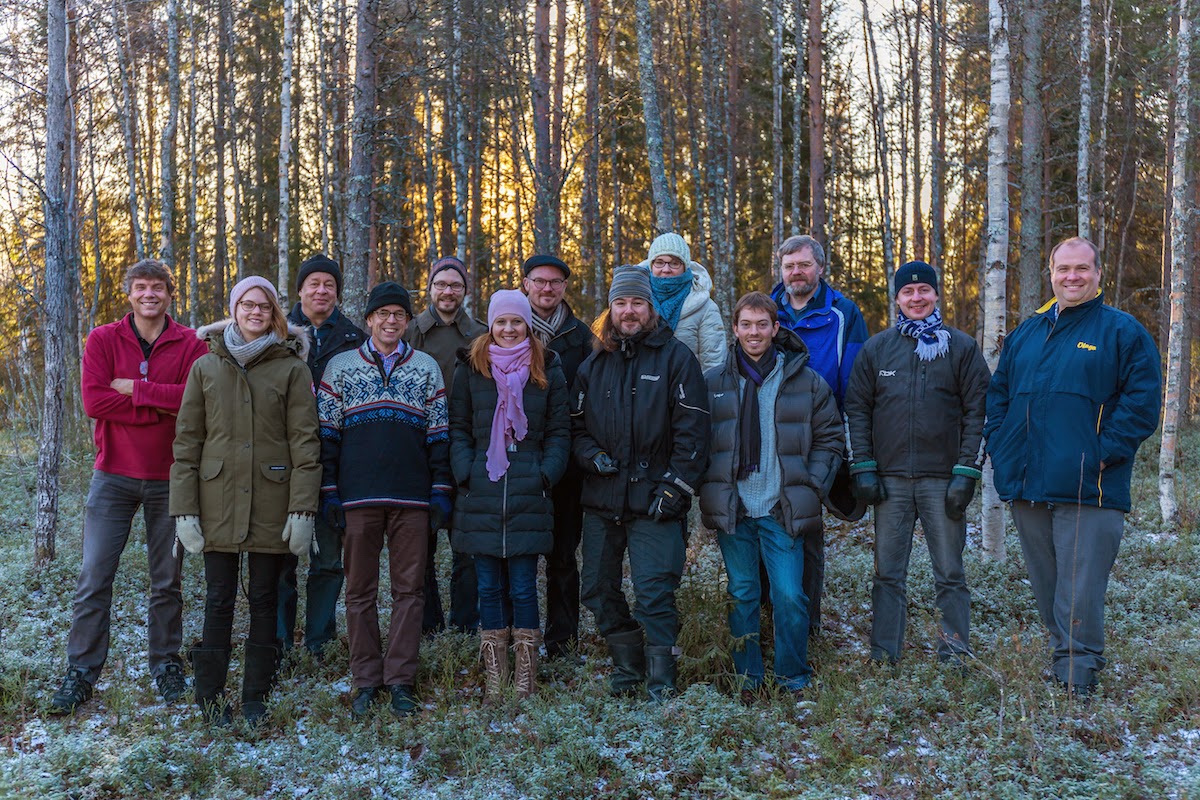 SGO scientists, together with colleagues from Finnish Meteorological Institute, University of Otago (New Zealand) and British Antarctic Survey, have an active science collaboration for studying various solar activity effects on the upper atmosphere and climate. Our CHAMOS team stands for "Chemical Aeronomy in the Mesosphere and Ozone in the Stratosphere" and we have a sparkling workshop going on over this week at Luosto.

Suitably for the theme, last night we enjoyed the most beautiful northern light display.

Email ThisBlogThis!Share to TwitterShare to FacebookShare to Pinterest
Labels: English

Early November. We can almost enjoy sunset during our afternoon coffee break in Polaria at 13:30. After a couple of days with positive temperatures, the river is freezing again, showing these funny patterns. The following picture was taken from the shore near the main building of the observatory just a few minutes ago.