The standard KAIRA experiment, which is always left running if the station is not being used for campaign experiments, includes a beam which continually observes the strong natural radio source Cassiopeia A at several frequencies spread over the KAIRA low-band.  Simultaneously, all-sky images are taken at a single observing frequency with a one second cadence, such as the example below, in which Cassiopeia A is easily identified (it's the strongest source, the other easily identifiable source is Cygnus A). 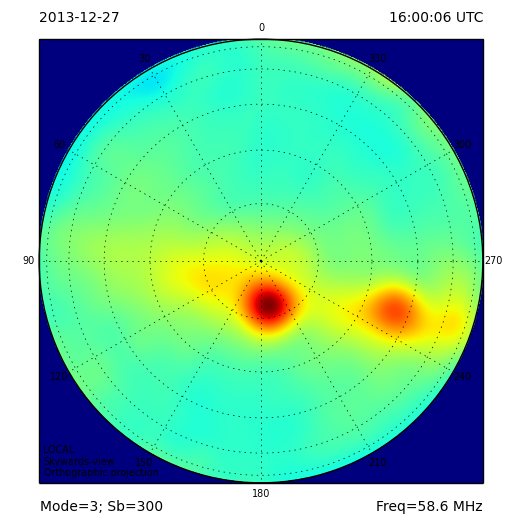 On Chirstmas Day 2013 a period of very strong ionospheric scintillation (the "twinkling" of radio sources due to density variations in the ionosphere) was observed, for which a movie of all-sky images was created in which the dominant sources can be seen flickering and sometimes changing position and shape (see the KAIRA blog post).  I am now in the process of analysing these data to investigate the phase-shifting of the radio signal from Cassiopeia A caused by the density variations moving through the ionosphere.  As a first stage of this, I've been looking at the intensity of Cassiopeia A as measured from the images and comparing it to the intensity measured by the beam-formed data looking directly at this source.  A first comparison is below. 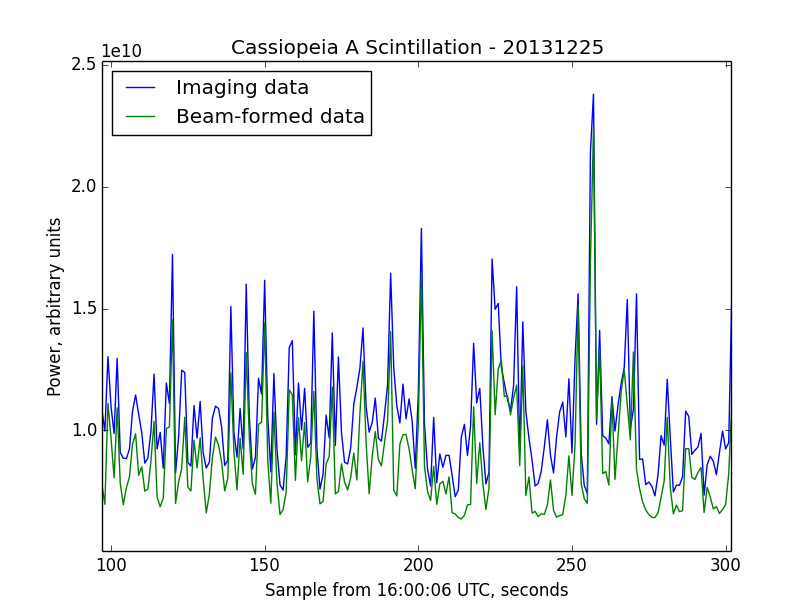 As can be seen, the two time series' match almost exactly.  Whilst this is hardly surprising, it is a relief to know that the code used to identify Cassiopeia A in the imagery is working as expected.

Posted by Richard Fallows at 08:57