SGO has been running a dual-frequency (150/400 MHz) tomography chain with ~5 stations in Fenno-Scandinavia since early 2000s. The chain relies on the Russian Tsykada navigation satellites, i.e. the COSMOS satellites. There is currently three COSMOS satellites with suitable operational transmitters. During recent years, Finnish Meteorological Institute (FMI) has carried out an ionospheric tomography project titled "TomoScand". For this project FMI, in collaboration with SGO, has developed a new beacon receiver  (GNU Ionospheric Tomography Receiver - Jitter). In addition to COSMOS satellites, with the new system we can receive any 150/400 MHz beacon, provided the satellite visibility. These satellites are currently the e-POP and DMSP F15. Hence, currently we have 5 satellites in the field-of-view of TomoScand and SGO chain.

Following the success of the TomoScand new receivers, we at SGO, are currently thinking of upgrading the SGO chain to the TomoScand receivers. However, this can be only done if we have enough satellites in the sky. (Enough means at least one, preferably more.) Hence, we have been searching for signs of continuity of the Tsykada mission and possible other missions. Following a Russian internet source, we have understood that there will a set of launches for COSMOS satellites during 2014-15.  (We do not know the launch dates.) Hence, I feel personally that if there is even one flying satellite, we can do science with that and thus it would be sensible to upgrade the system. However, as resources are limited, we need to think this thoroughly. We'll keep you updated on our plans in the near future.

If anyone has information on any new dual-fequency beacon satellite missions in the near future, which we could use for TomoScand, please let us know! 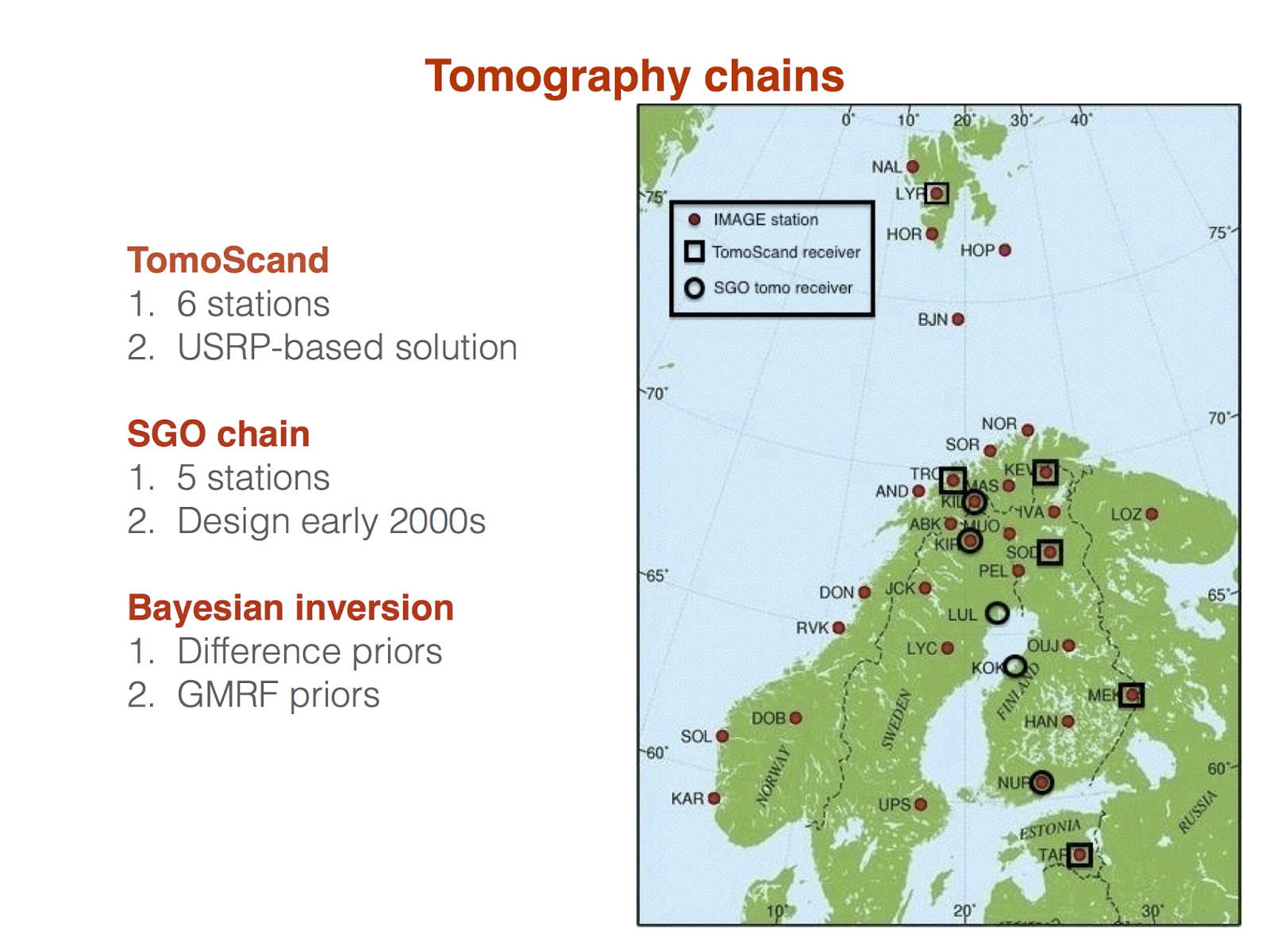